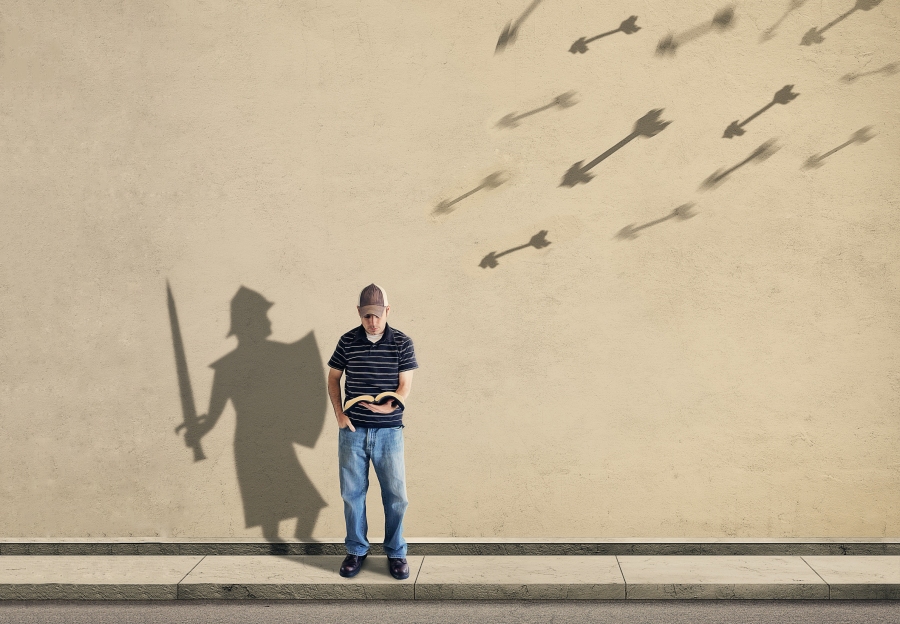 Old Testament Allusions and The Armor of God Part 1

The book of Ephesians is one that so brightly highlights the work of Christ and his love for his bride in a way that other epistles do not. After three chapters of indicatives (what God has done in Christ), Paul closes with three chapters of imperatives (commands). Before closing with his final greeting, Paul exhorts the Ephesian church to put on the whole armor of God (6:11). As we read through these over the next couple of blog posts, we will look at what exactly Paul has in mind. If we are honest, the passage (6:10-20) should leave us wondering what exactly these different parts of the armor of God actually are, or even more so, where do we get them? Are these pieces of armor found in the Family Christian Store next to the armor of God figurine and the Lecrae albums? Or does Paul have some allusions to the Old Testament in mind that he expects the reader to understand?

The context of Ephesians 6 is setting up the spiritual reality that we are really in a war against Satan and his evil schemes. There is no doubt that Paul is looking at a Roman soldier dressed in armor as he sits chained to that soldier in a Roman prison (6:20), but too many Bible teachers stop at the one-to-one correlation between the soldier and Paul’s use of the armor of God. As he writes, Paul tips his hat at where he is going in verse 10 when he tells the Ephesians to “be strong in the Lord.” Right away we should see where the proper place to find this armor is, but he will expand.

Today we will look at the first two pieces of armor and their Old Testament allusions. The first two pieces Paul lists in the complete armor to be used against the spiritual evils is a belt of truth and a breastplate of righteousness. He writes,

“Stand therefore, having fastened on the belt of truth, and having put on the breastplate of righteousness,…” (Eph. 6:14).

Let’s stop and ask ourselves a question. As a first century reader of this text, do you think Paul is commanding the Ephesian church to go down to the local bazaar and purchase actual Roman armor? Of course not. So for us, two-thousand years later, what does this mean? Whether in the first or twenty-first century no one reads this literally as a command to put on actual armor. No, it’s a command to somehow use these figurative pieces of armor against a spiritual enemy and his schemes.

Sometimes I think we miss so many Old Testament allusions because we are either Biblically illiterate, or forget that the New Testament was written primarily by Jewish men who only had the Old Testament. That is where I hope to increase your thirst for these things. If you look with me at Isaiah 11:1-5 we see a passage that is written in the context of God disciplining Israel for their sin and lack of trust in him. In the middle of all of this, he interrupts with this dazzling passage meant to cause our eyes upward as he describes the Messiah that would one day come and save a people. We learn that the Spirit of the Lord would be upon him (11:2). He would be a man who fears the Lord and judges not by appearance but with righteousness. He will destroy all the wicked people and kingdoms with this judgment (11:4).

In short, the Messiah will be a Warrior, jealous for his people and a Champion that will destroy all the enemies of God and his people. He will free the poor and judge the wicked. But then we get to the verse that Paul is alluding to in Ephesians 6:14. Isaiah writes,

The Righteous Messiah is none other than Jesus Christ. He was the righteous One that came to deal with the oppression of his people. He himself wore the belt of truth as he proclaimed in John 14:6, “I am the way, and the truth, and the life. No one comes to the Father except through me.” He was cloaked in the breastplate of righteousness as he was the righteousness from God to his people (Philippians 3:7-9). Yet, on the cross he was judged in the place of his people and treated like an enemy combatant. But he rose from the dead victoriously putting all the Spiritual oppressors and evil ones to open shame (Col. 2:13-15).

With these allusions in Paul’s mind, he was exhorting the Ephesian church to put on Christ. The same Warrior and Champion is the same Savior we are united to by faith. We are righteous because he is righteous. We walk in the truth because he is the truth. Paul’s remedy against Satan and his schemes is this: Christ the Warrior-King has won the war, the victory is his. By faith, stand your ground in the Evil one’s last attempts to destroy Christ’s people. One Day Christ will return to judge the wicked. As John 5:22 says, “The Father judges no one, but has given all judgment to the Son.” On that great Day, all of God’s people will be citizens of the New Heavens and New Earth where no lies and no wickedness dwell, but only those united to Christ by faith.