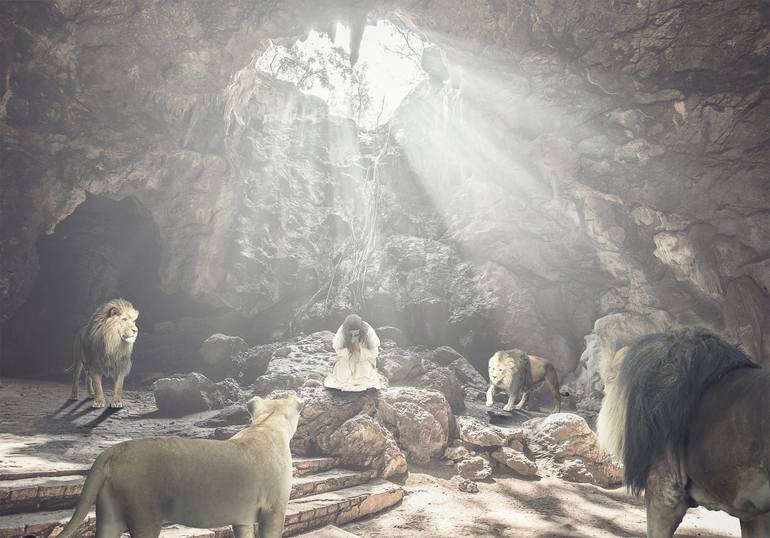 2 weeks ago I began translating 2 Timothy as our church starts going through this final letter of Paul’s. There is so much rich pastoral theology throughout the whole book. As I watch the Greek language flow out from my pencil, I can’t help but imagine Paul pen this letter to his beloved son in the faith, Timothy (2 Tim. 1:4). I also imagine Timothy reading this letter from his father in the faith, also aware that it may just be the last correspondence he would have with Paul. With all of this in mind, a couple verses stood out to me that help communicate what Paul may have felt like, or more precisely, what Old Testament allusion he would use to compare himself with.

In 2 Timothy 4:11, we learn that only Luke is with Paul at the writing of this letter. We also know he has sent Tychicus to bring him the necessities: sweater, books, Old Testament scrolls/parchments (4:12-13). We learn that despite being an obedient apostle who has shared the gospel with the world, Alexander the coppersmith did him dirty and caused him “great harm” (4:14-15). An earlier letter informs us that Paul has learned to be content in these situations (Phil. 4:11-13). But 2 Timothy is different because the language seems to communicate that Paul believes this is the end of his life (4:6-7).

With this context, Paul’s use of an Old Testament allusion gives us a glimpse into the heart and mind of Paul. 2 Timothy 4:17-18 says, “But the Lord stood by me and strengthened me, so that through me the message might be fully proclaimed and all the Gentiles might hear it. So I was rescued from the lion’s mouth. The Lord will rescue me from every evil deed and bring me safely into his heavenly kingdom. To him be the glory forever and ever. Amen.”

It’s almost impossible to read verse 17 without thinking of the famous story of Daniel and the lion’s den. Paul, being shaped and formed by the Old Testament Scriptures, would have seen his plight as similar to Daniel. Is that too far fetched? Well, he’s already been greatly harmed by Alexander, similarly to Daniel being tricked by King Darius’ officials and satraps (Dan. 6:3-13). But more clearly is the similarity of the Greek translation (LXX) of Daniel 6:20 and 2 Timothy 4:17 (Beale/Gladd, The Story Retold, 360).

To add to the allusion, Paul’s beautiful phrase, “The Lord stood by me” is meant to draw Timothy’s mind back to the Lord’s presence with Daniel in the lion’s den in Daniel 6:22, which says, “My God sent his angel and shut the lion’s mouths…” Where the worldly authorities has imprisoned Daniel and Paul, God is the rescuer who saves his people. But how so, you might say? We know Daniel was hoisted up out of the lion’s den and went on to lead a long life. That isn’t the case for Paul, is it? If this is his last letter and he believes he is about to be killed, how is God his rescuer?

The answer is in 4:18. “The Lord will rescue me from every evil deed and bring me safely into his heavenly kingdom.” This rescue is the rescue that Paul longed for in Philippians 1:21. It was the great rescue that doesn’t lead to suffering or harm ever again. Where Daniel was raised from the lion’s den, he still had to endure the struggles of sin and death. But the rescue that Paul would soon experience was one that ushered him into the heavenly kingdom. The word Paul uses for “bring me safely” is the same Greek word we often translate as “save” (σῴζω). However, in this context the correct translation is “to preserve from eternal death” (BDAG).

So, what is Paul feeling? Obviously he would have wrestled with abandonment and suffering in his circumstances, but I believe the use of Daniel 6 is Paul’s way of letting Timothy know that he is in safe hands and is being comforted by the presence of the same God that was with Daniel in the lion’s den.

You see, Paul’s greatest comfort in his life was being united to King Jesus. He knew that Jesus himself was abandoned by his disciples and greatly harmed by the worldly authorities. And as he was buried in a borrowed tomb, the fangs of death could not hold him. He rose victoriously from the grave. Unlike Daniel, he brought a host of souls with him as he ascended to the right hand of God (Col. 3:1-3). Like Paul, all who trust in him, even in dire circumstances, can have the same comfort of the Lord’s presence here and now. One day, we will be raised bodily to be with the same Lord who stood with Daniel and Paul in their darkest moments.